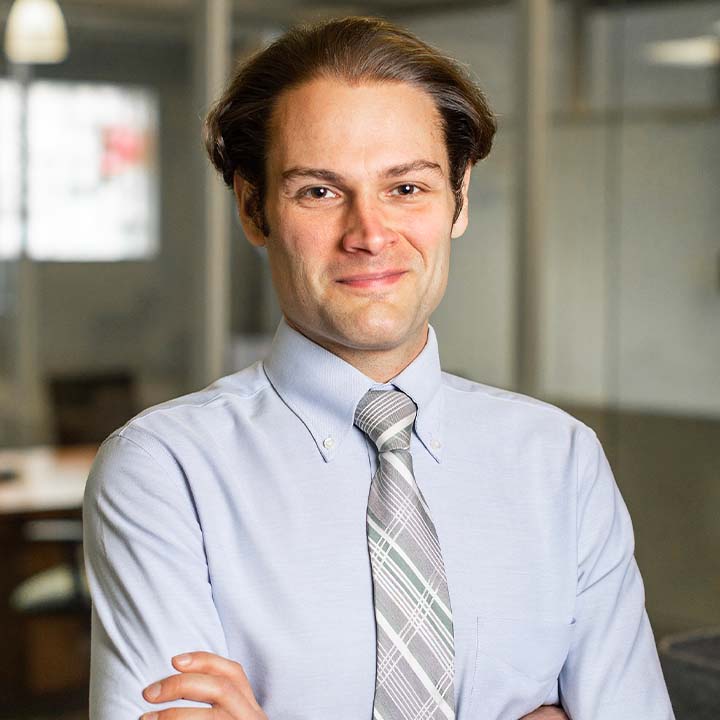 Digital Advertising Account Manager Ryan Norman’s reputation for the detail-oriented effort is near-legendary at DOM. Among his coworkers, Ryan’s work is consistently hailed as a blueprint for leaving no stone unturned.

Ryan focuses on helping his coworkers manage client PPC strategy. He’s an expert at solving problems and finding the action items that sometimes get buried in phone calls or email chains. Ryan exemplifies the spirit of accountability and reliability that so many people associate with DOM. Stating explicitly what he is going to do and when he is going to do it sets clear expectations on both sides, for DOM and the client alike.

Ryan’s a great writer (and a frequent contributor to Wheeling’s popular Weelunk.com, where he writes about music, education, and social issues), so we just asked him to tell us what he thinks is so special about DOM. This is what he wrote:

“DOM treats its people right, and it will treat you right as a client. Unlike many other players in the digital game, DOM never takes a percentage of what a client spends in Google Ads. Through this model, DOM’s incentives are not aligned with how much the client spends. We let the client define what success looks like to them, be it leads, sales, awareness, first-page rankings, etc.”

After receiving his Bachelor of Arts degree in English from Wheeling Jesuit University, Ryan helped pharmaceutical companies proof both print and online campaigns. Today, Ryan proofs ad campaigns for his portfolio of DOM clients and handles virtually all aspects of day-to-day account management.